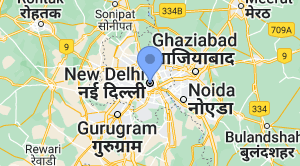 ● Solar – An endless source of human energy needs.
● India is set to become one of the largest solar hub globally in the coming years.
● The country has set a target to achieve 100 GW solar power by 2021-22 worth Rs 6,000 billion.
● The installed solar capacity crossed 20 GW in January 2018, with 18.4 GW in the form of ground-mounted projects and 1.6 GW on rooftops.

● India’s strategy for renewable energy: Rooftop solar for businesses
● India targets 40 GW solar capacity from rooftops by 2022
● In December 2017, the MNRE proposed Sustainable Rooftop Implementation for Solar Transfiguration of India (SRISTI) scheme to incentivise the installation of roof top solar in India.
● 10% provision of roof top solar & RE has been mandated under mission statement and guidelines for all the upcoming as well as existing smart cities in India.

● By 2020, about 11.3 gigawatts of energy storage will be installed globally, equivalent to less than one percent of the total installed capacity of intermittent renewables, according to data from Bloomberg New Energy Finance
● Battery storage to play an important role in India’s sustainable energy future
● With limited investments in research and development of low cost and efficient battery technologies, the cost of batteries remain high resulting in less commercialization, poor adoption of battery storage. Pumped storage hydro power continues to dominate the energy storage in India
● Make in India initiative to manufacture cost effective batteries
● The state-run Solar Energy Corporation of India (SECI) is seeking bids for a 750-megawatt solar park at Ananthapuramu in Andhra Pradesh. In order to supplement the massive series of projects, SECI is looking to procure 100 megawatts of storage capacity
● Over US$ 1.3 billion annual battery storage market in India

● Development of 60 solar cities and 33 solar parks
● Metros, airports and railway stations implementing solar projects
● Dayal Singh College in Delhi installed solar panels for the electricity requirement of the college and the vicinity
● The CREDA will be setting upto 1KV capacity solar power plant in all govt. schools, panchayat buildings and Anganwadis in Chhatisgarh
● In a first of its kind in Central India solar power plant installed on a floating platform at Vidarbha Industries Power Ltd (VIPL), at Butibori, is being seen as a major advance with multiple advantages
● Greater Chennai Corporation will install solar panels on the rooftops of 130 buildings as part of phase-two expansion of the project to tap renewable energy to power the local body's offices

● The floating solar segment has potential to generate 300 GW of power across the country.
● In December 2017, the first floating solar plant of 500 KW became operational in Kerala.
● The government has recently issued eight floating solar power projects of capacities ranging between 2 MW to 1,000 MW.