Antaisolar has announced it has secured a 400MW solar tracker order from China-based project developer and EPC, JIAYANG and it is the third cooperation between the two parties. 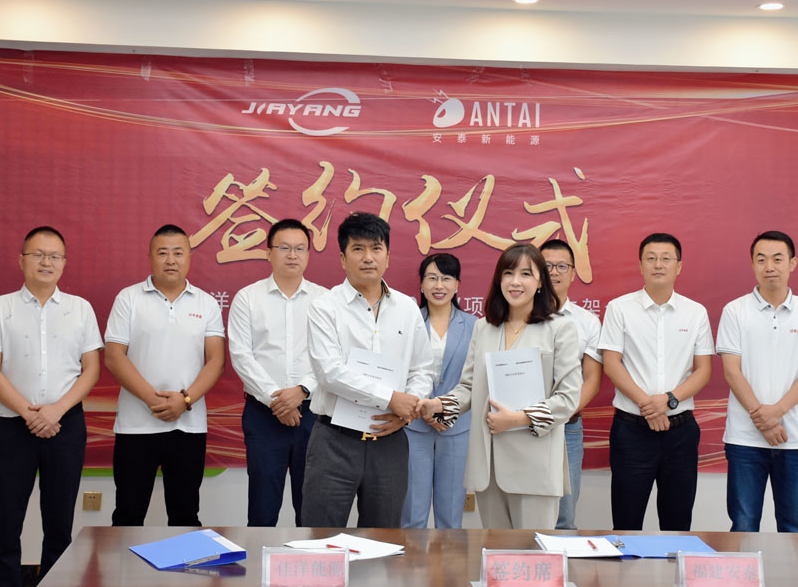 Antaisolar said the supply deal is to provide 400MW solar tracker, utilizing TAI-Universal for solar plants located in Ningxia and Gansu China. The project is expected to come online at the end of 2021.
At the signing ceremony, Jasmine Huang, CEO of Antaisolar, stated that JIAYANG is committed to creating a high-quality ecological environment in a specific area, such as in Northwest China. As we know that china dominated global solar PV installation in the period between 2011 and 2020, and it will reach another milestone with more than 60GW of installation this year. We are delighted to cooperate with JIAYANG to jointly make contribution for carbon neutrality.
Antaisolar's TAI-Universal, the single-axis independent 1P solar tracker, adopted for this 400MW solar tracker plant, which features multi-point drive for ensuring great stability in area where strong sandstorm happens frequently. And it is adaptable for N-S 20°slope for achieving terrain flexibility. As of now, it has been widely applied for numerous solar projects across the global for its superior performance specially under extreme bad weather.
"We have partnered with Antaisolar for nearly 200MW solar projects previously. It has proven to be trustable for their high-quality solar racking, in-time service and technical expertise for over 15 years. We are excited to announce this cooperation with Antaisolar, which we believe will definitely help us to expand our utility-scale project pipeline and move towards clean energy transition, " commented by Mr. Liu Hang, JIAYANG's CEO.
المصدر: Antaisolar
ملفات ENF للشركات المذكورة في هذه المقالة