PVH is consolidating its influence in the Middle East region after closing an agreement with CEEC to supply solar trackers for the 300 MW PV Solar Photovoltaic Independent Power Project located at Rabigh. PVH is currently in one of our most successful phases in the region, where it have already contracted more than 3 GW and where we expect to reach another 2 GW in the coming months. 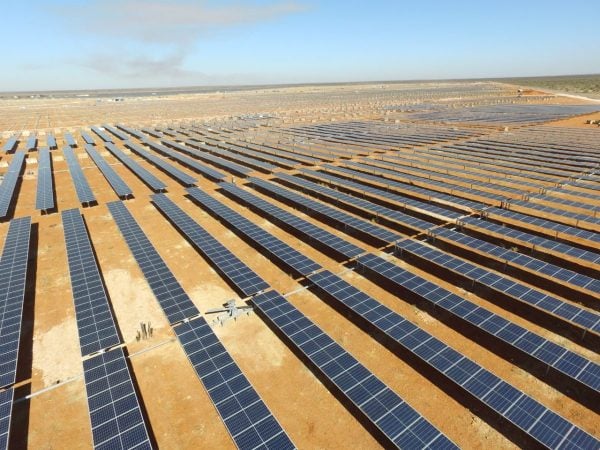 Rabigh, which will be located in Mecca in the Kingdom of Saudi Arabia, will be equipped with the Monoline solar tracker in 2V bifacial configuration, designed and tested in adverse weather conditions. ML2V is specially designed to maximize the performance of bifacial modules, increasing production, and reducing the LCOE. It should be noted that the poles are manufactured with a specific coating for the project, which will prevent the corrosiveness of the soil from affecting the structure.
As Álvaro Casado, our Managing Director in the Middle East, explains: "Rabigh comes at a time of success in attracting large projects and clients to our value proposition. It is a great project and we would like to thank CEEC for the trust it has placed in our work. We are increasingly adopted and integrated into a market for which we have been specializing our products for years; not only in terms of climate but also in terms of regulations and technology".
PVH has already opened a manufacturing facility in the country, which allows us to provide our own resources within the region, comply with mandatory local manufacturing standards and, in short, offer solid and secure control over the entire value chain of the design, manufacture, and supply our products within the country. "Generating economic activity and contributing, through technological innovation and large-scale manufacturing, to the achievement of a responsible and sustainable electricity production model — these are the two main keys on which we are currently working".
Along with the bifacial ML2V units, we will install controllers integrating the 3D adaptive backtracking algorithm to maximize the plant's production. "Thanks to this algorithm, we avoid the generation impact that might have an uneven terrain and the relative positioning of the trackers, as well as avoiding shadows along the entire length of the tracker and the hot spots that they generate."
PVH is currently in a process of expansion, negotiating new projects, and demonstrating why we are one of the industry's technology leaders and one of the world's strongest installers.
المصدر: PVH
ملفات ENF للشركات المذكورة في هذه المقالة