May 13, 2014 - Powerway Renewable Energy Co. Ltd recently announced that they won the largest photovoltaic power station project order in Algeria. This ground photovoltaic power station is developed by Shariket el Kahraba wa el Taket el Moutadiadida (SKTM), which is the subsidiary of Algerian national natural gas and electricity distribution company (named "Sonelgaz"). Construction for this project is planned to start at the end of April in 2014 and completion is expected by the end of the year. The station is made up of three sub projects and 16 plants, with a total installed capacity of 233MW. Powerway provides solar photovoltaic mounting structures and the corresponding design services for 120MW of the total. After the completion of the plants, the annual output can reach 372.8 million KWh and nearly 4,660,000 tons of carbon dioxide emission can be reduced per year. It will be the largest photovoltaic power station around the whole African region.
Algeria, located in North Africa, with rich sunshine resources, is very suitable for development of solar photovoltaic industry. The Sahara desert covers 85% of Algeria with the climate and terrain being relatively complex. This means that, from design to construction, the photovoltaic power station is facing great challenges. This favors the large power station project demands of customers, saving on costs and providing a structure resilient to harsh conditions (wind and sand). In addition, in view of the complex soil and weather conditions, Powerway made a construction plan for the customers.
The CEO of Powerway, Mr. Benson Wu said, "It is our honor to participate in the largest ground power station project in Africa and provide solar mounting structures and ground screws. This fully proves the business development ability of Powerway in the global PV market. Also, with great significance, it is an important milestone in business globalization of Powerway." 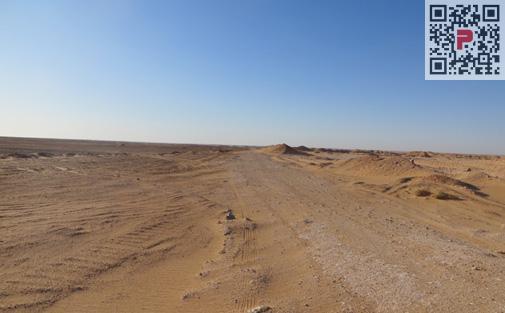